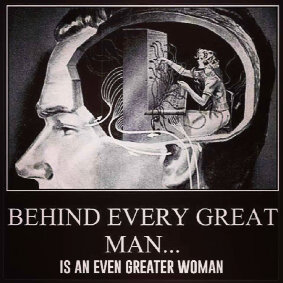 Behind every successful man…

“Behind every successful man is a team.” ~ Daily Insights

When I put up this quote on my Facebook wall, I had no intention of upsetting the applecart of avowed traditional feminists, some of who are probably reading this post. But to start with, let me ask what gave us the impression that it has to be a woman behind the man or that the ‘man’ in the quote refers to the male gender. When I was challenged on this, my first reaction was to ask who was behind the successful single man. To which I got a speedier reply ‘A praying mum.’ Another participant then asked ‘What about orphans? Thus the matter was finally laid to rest in the grave of conventional thinking. Needless to say, I didn’t put up the quote to sow the seed of inter-gender discord. Rather, I was inspired to do so because I felt the need to bring to light an issue that has prevailed from generation to generation – and challenge it!
Many times, in stories, movies, football matches and even history, we have always come to expect the emergence of a certain heroic character who suddenly rises out of the ashes and saves the day or spews off a mind-blowing invention. This character is a genius extraordinaire! (S)He is a superman in anatomical proportions, just tolerating with the rest of us mere mortals. Examples abound all around us, from Lionel Messi to Justin Timberlake. From Orprah Winfrey to Steve Jobs
In our haste to crown these achievers with our CO2-laden verbal superman suits, we forget the quote that says ‘No man is an island’; neither do we stop to think that there must be a reason football teams don’t consist of just one player. We fail to come to terms with the fact that there is someone manipulating the camera that records Orprah Winfrey and our memory fails us in recalling that there are no singers without instrumentalists (or backups). As far as we are concerned, only the General fought the war, there were no foot soldiers. We have all subscribed to the superman theory that tells us that one person did it all. Little wonder these people become pompous and snobbish. 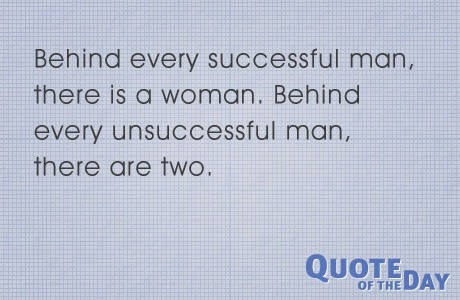 The truth as confirmed by facts however, reveal that for every rising star, there are tens, hundreds and perhaps thousands of support structures that made it possible to shine. From parents who paid school fees to wives who provide emotional support to defenders who helped maintain the two-goal lead to the driver who helped arrive at the presentation on time to the electrician who fixed your printer to the cameraman whose face never appears on camera to the foot soldiers who paid the ultimate price, the list goes on. And here is the catch, every one of the supporting members is important; down to the l(e)ast one of them. Remove the backup singers and JT may end up just another noise maker. Have a sloppy defense and you just may have to score twice as many goals to maintain a sensible lead.
The point is simple; every accomplishment in life requires team effort whether consciously or unconsciously. With this in mind, let us not rob other people of the recognition they deserve. Happy Easter.
N.B. The pictures used in this post came up when I typed ‘behind every successful man’ in Google Images. Feel free to try it out yourself.

Back To Where I Was Coming From (Guest Post)