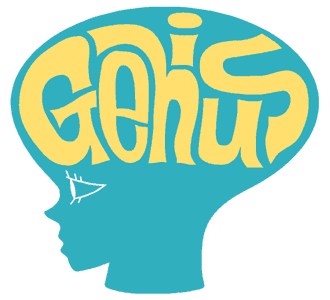 I’m not sure if I’m the only person thinking in these lines, but I’m of the opinion that you do not have to be exceptionally talented in order to effect perceptible positive change. In fact, I’m almost of the opinion that the less talents you have, the better for you. Here’s why I think so.

How many of you have met some exceptionally gifted person? Some naturally endowed ‘efico’, a painter too good to be true, a singer that beats the nightingale like a hundred times, a skillfull athlete that consistently skips training sessions but still consistently comes first, the list is endless. I actually ‘met’ one recently.

Jack (obviously not the real name) has an I.Q that is critically threatening. He speaks, reads and writes 9 international languages. Mathematics to him happens to be a matter of pictures. When given huge mathematical operations to solve, without a pen or paper, Jack reels out answers with alarming precision and acuracy. He claims he sees the numbers and somehow the answers just appear in his brain. Many skeptics were of the opinion that he was faking it and subjected him to series of brain tests. At the end of numerous assessments, it was concluded that he was just a genius.
So how many geniuses do we have in a world plagued with economic melt downs,
market crashes, severe unemployment, wars here and there, political instability, bad roads, poor water supply, epileptic power, failed healthcare, pensioneers fainting on long queues, the list is endless. Has it ever occurred to you that the heavily cerebral persons around suffer the same degree of mental paralysis when it comes to social reformation?
Is it possible that talent is not enough? If this is so, then there are two sides to the outcome of this realization. To the one who thinks she/he is not so talented, this profers a glimmer of hope, a rekindling of ambtion. And to the one who considers himself to be very talented (like me), this portends a grave realization -That the journey won’t be any much easier, and mediocrity appeals to all.
At this moment, a saying I read sometime ago comes to mind. “What I lack in talent (natural ability) I make up for in discipline”. So if you can pay the price of discipline, then, i think you’re the one the world is waiting for.

Active or Passive- Is it just grammar?