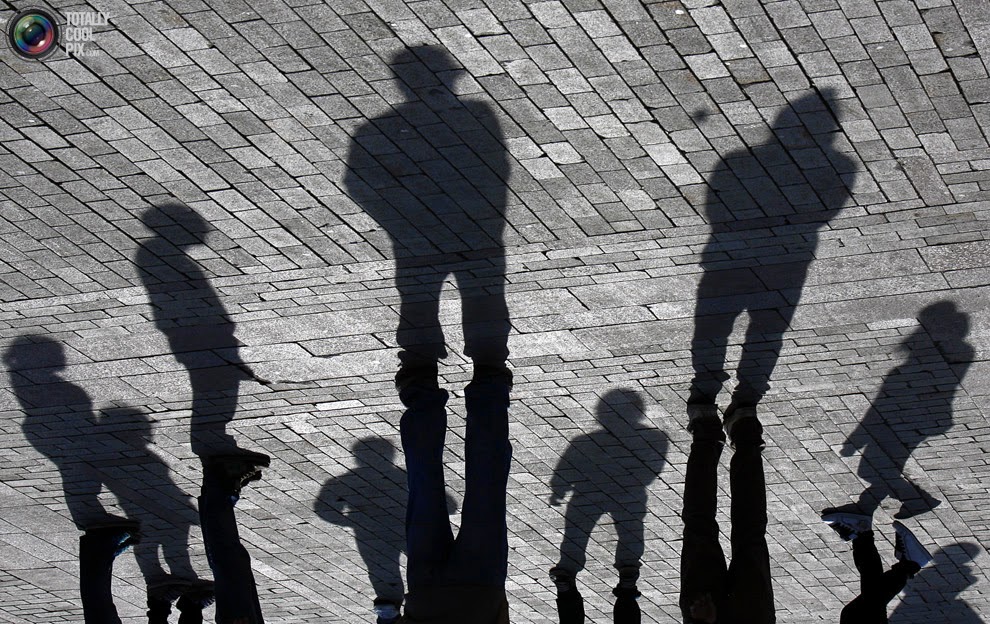 This post falls neither into the category of guest posts nor featured posts. It originated as a series of reflective tweets on religion and atheism by Dayo Olakulehin (@thisdayo) on Friday, 30thMay.

The tweets generated a lot of controversy as well as support which is why the author decided to put it up as a blog post. Some of the comments have been included at the end of the post. You may want to add yours too. Enjoy.

Ok. So on #religion and #atheism
We truly have not realized how much power, by default, our minds possess.
The number of atheists/free thinkers will only be on the rise.
Just look at what we’ve made of religion? And what we have allowed it make out of us…

I salute atheists. I mean to commit your life to proving that something or someone doesn’t exist is dauntingly brave.
But the respect/caution that they show towards Islam shows that they are not anti-religion or anti-god but are mostly anti-Christian.
Back to how the church of today is helping more people embrace atheism.
Scenario 1: I’m in church leading prayer. “Pray that God opens the eyes of your understanding and gives you revelation into this or that.”
People start mumbling words
Scenario 2: “Pray that every padlock behind the problems of your life from your father and mother side should crumble.”
Immediately the whole place becomes vibrant. Somersaults. Claps. Tantrums. All sorts.
Our people obviously identify with a padlock and some red cloth in the village than with a loving God willing to reveal Himself to them.
We accepted this God concept through the lenses of our traditional beliefs. We [humans] really don’t see things as they are, but as we are.
Pause for a moment. Is this an African thing? Or a human thing?
Human!
Standing out, as cool as it sounds, is never pretty in real life. The Israelites always went back to gods they could see and touch.
You’d wonder why one would go back to idols after seeing awesome miracles. Trust me you’ll do same. In fact, you are doing same.
We always want to ‘be like the other nations’. Want to have a king like the others. Want to have gods ‘we can see and worship’
So. Since we can’t see this God and don’t want to commit to knowing him, we’ll blindly follow anyone that claims to know Him.
So a man speaks well. He becomes leader of thousands. Has a random dream, calls it a call from God. Right in the church, idolatry blooms.
Many people lose a little bit of their faith when news of a Pastor’s scandal goes viral. That is becoming often nowadays. More faith…
Disappointed you must be. Faith? You must not lose. This is the true test of who your God is: God or the man?
Don’t hold any man in too high esteem. Honour and respect Yes. But man is always man. Man can fail. Man fails.
In summary, my attitude towards atheists is love and empathy. More love though. We helped them reinforce their beliefs.
A note on the Nigerian church? We are not as spiritual as we seem (to the outside)
Some claim we have prayed too much with no results. Prayed? Your own prayer you mean?
In closing, “If my people, who are called by my name, will humble themselves and pray and seek my face and turn from their wicked ways, then will I hear from heaven and will forgive their sin and will heal their land.”
Ok. That’s it.
I think I have started a conversation on here. Or helped fan to flames an existing conversation.
I will now sit back and moderate.

The tweets generated some interesting comments that the author thinks should be shared alongside the post. We’ve been able to round up some of them. Read them below and share your thoughts in the comments section.

@deedee_faks : @thisdayo that is very true. We see the world as we are…through OUR lens
@ZeusAdetutu : “fantastic points of view….I think we rili need 2 decide 2 knw God 4 ourselves n not just 4low d bandwagon”

@rollikins · –“@thisdayo: We truly have not realized how much power, by default, our minds possess” True! Don’t hold any man in too high esteem. Honor, respect, yes. But man is always man. Man can fail. Man fails.” SCREAM IT LIKE I DO.
Every time I open my mouth to say “your pastor, the pope, your man of God, whoever shouldn’t have the final say in your decisions, I get an very sudden look of reproach and disdain. I often refer to Paul who said “if what we preach is contrary to the gospel of Christ, ignore it. Yet I get the backlashings and arguements.
The attitude of the people in the new era is the similar to those in the old covenant. The truth is we are all searching for something. The sad thing is we don’t know what we search for. Therefore anyone/thing that opens its mouth that portrays some sort of dominion, power, knowledge becomes a god. We are indeed pitiful. And I choose to occasionally turn a blind eye if not I will crush in pain and agony at our ignorance.”

@TheMacQadosh · “@thisdayo religion has never helped anyone. Even Christ, not you @eramoh , didn’t come to start one. And some atheists are just proud people who seek a sign. Maybe for Jesus to come have tea with them or something.
@shofarr · “@thisdayo‘s tweets be giving me life!”

@Bibobrah · “@thisdayo, thought provoking insight, excellent analogies! No wonder Christ said “when I come back will I find faith on earth?” There’s a lot of church going but very little God knowing”
@Opsiebaby · “@thisdayo, very lovely view point..pple generally bliv in wat dey can see,feel and touch. Most Christians r guilty of dt. This topic is never ending, we may nt even come up with d right answers and solutions.
Wat I cal dem is self deceivin,too stubborn,attention seekin.. On d contrary dey dnt giv any preferential treatment to any religion. Bcos for al one knws a pastor may b an atheist and is jst sayn wat everyone wants to hear.”

@Rosebxd__“I really don’t get when someone flips out because someone else has a different ideology from theirs”
@holamiju · “@thisdayo has opened a can this afternoon, sad to only show up after it ended. I think it is high time Christians woke up & smelt the coffee. We are soo far away from what Christianity really is. Churches are now like PAIN KILLERS in chronic conditions. Just palliatives. Apostles Peter and Paul will cringe at the ‘thing’ we call Christianity today… TOTALLY DIAMETRICALLY opposed to the foundation they laid.
Atheists & agnostics have NO excuse with GOD but Christians havent helped them in ANY way either. In fact we reinforce their ideas. I am yet to see an atheist who used to be a Muslim, I stand to be corrected though. The liberty in Christianity has been abused. Maybe we should just close all churches for a while and ask people to GO AND READ THEIR BIBLES by themselves for 6 months.
We usually say Christianity is a PERSONAL walk but the truth about the matter is that we have made it a COMMUNAL jamboree. When you look at the efforts of churches these days to ‘spice’ up their services to make it USER-FRIENDLY, one can only worry.
These days, you wonder why some are still called churches, they raise more FUNDS than the United Nations. Haba! In fact, people goto church to strike deals, meet friends, brandish new jewellery etc. We have missed the way BIG TIME.”

@obedclothiers · “Lovely insight from @thisdayo thanks for alerting to me to it! I actually have shared the very same sentiments for a very long time!!! The bible is very clear about a lot of things.
All any believer in the Christ really needs is the word of God as God is His word! I personally think most “men of God” are glorified motivational speakers and that’s what I hear when they speak!!!”

@S3nt13ntB31ng · “@holamijuof the two, only you christians have doubt. We have none because we don’t believe. @thisdayo. One does not require a belief in a deity to lead a good life, .@holamiju. @thisdayo
That’s pretty funny, .@holamiju. You got every bit of that completely wrong on purpose. Christians believe. Atheists don’t. @thisdayo
See no, @holamiju. you wouldn’t see a god because none exists. Perhaps you were staring into the sun? @d0mhardy @thisdayo
Excepting there’s no god, .@holamiju. Ruins your whole premise, those pesky facts.”

@holamiju · “@NopeNotThisTime Your response is almost… nvm. When GOD created the world, He left traces of Himself in EVERYTHING. Yes, nature mimics GOD”

@S3nt13ntB31ng  “@holamiju I looked. I see…clouds and sky? Seriously – is that your best evidence?! @thisdayo”
@Opsiebaby · “@thisdayoall d ‘show me proof’, if u see it, u won’t believe it cos u v blocked ur hearts and minds and r totally against it.. Dts why I agree u opened a can of worms.. Lol.. Bcos u can’t expect water to pass through metal witout holes..”

@FaithfulChickie · “RT @thisdayoThe reason #atheistscriticize christianity more is b/c most atheists are ex-christians& more familiar w/that brand of nonsense.Back to how the church of today is helping more people embrace atheism” @NopeNotThisTime · “@thisdayoBeing an atheist doesn’t entail being anti-religion. Atheists I know give Christianity & Islam the same amount of respect. None.”

@LilMsgss · “God is defined as supernatural. Everything to been seen as non-supernatural explanation.

Not really. There are an infinite num of things I don’t believe in. None takes bravery to not believe in em @thisdayo”

Featured Post: The One Mistake We Make In Fulfilling Purpose