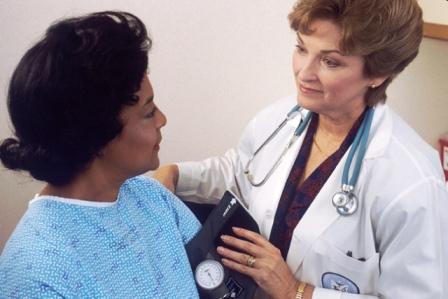 Healing: The Dilemma of the Christian Patient (Part 1)

0
[N.B. This article was written based largely on the Nigerian perspective]
‘I don’t need any drugs’, ‘That is the doctor’s report’, ‘I am not sick’…. These are some of the statements encountered by doctors as they provide healthcare to some of their Christian patients.
For a long time, Health and healing, which appear to be to be the only shared boundary between Christianity and its older counterpart, Medicine has been the cause of controversy and disagreement. Many Christian circles think that health and healing is the sole prerogative of supernatural forces and as such, any attempt to get some form of medical cure for ailments are classified directly or indirectly as ‘unspiritual’.  Testimony sharing in churches have not helped in solving the issue either, as many Christian faithful do not consider healing by medical intervention something worth sharing in the church. So many people are content with keeping their medical escapades to themselves while leaving the stage for those who really had a divine encounter. In recent years however, there has been a gradual shift in the stand of the church towards medicine with respect to the latter’s role in healing the sick. This is quite true among the ‘enlightened’ and educated folks (one cannot help but notice the association with affluence) as exemplified by churches now hosting health talks by professional medical personnel, health screening among other health initiatives. Not surprisingly, majority of church folks condemn this stand as unspiritual and faithless. 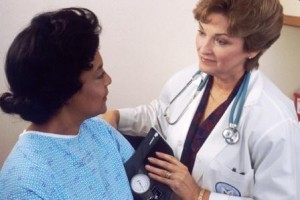 The doctors on the other hand do not have ‘the supernatural’ incorporated into their training and therefore are ill equipped to deal with faith-based issues that arise repeatedly. The real issue for the doctor is how to convince her breast cancer patient that she stands a better chance of survival if she has a mastectomy done early enough as opposed to refusing treatment and depending solely on the church. Many doctors will tell you that more often than not, these patients return in a worse state, by which time, a cure is not feasible. In the same vein, some doctors will attest to witnessing cases of medically incurable diseases suddenly healed by supernatural intervention. Therefore, as it is, each side has a case to prove with supporting evidence. However, the unsolved riddle for the Christian patient is whether he should give medical intervention a chance in the search for healing or completely rely on supernatural intervention.
As a Christian and a doctor, I write this article in an attempt to straddle an issue that has caused a lot of controversy especially among the Christian faithful.
In order to solve this riddle, we need to take a critical and unbiased look at some issues as I will be attempting from my privileged standpoint.

The first issue we have to look at is that of ‘Faith’ as it pertains to health. In simple Christian terminology, faith is believing what God has said concerning a situation. The keywords here are ‘believing and what God said’. Without going too deep, this means that you exercise faith when you hold fast to what God’s word (or God) says about a situation irrespective of what reality dictates. It is this belief coupled with the power in God’s (revealed) word that ensures that substance being hoped for actually comes into reality. This explains why Jesus often said: ‘your faith has made you whole’ or ‘…according to your faith’.

Technically, everyone should be healed if they exercise faith but not everyone is healed! Either this is because there was unbelief or the ‘faith’ was not based on what God was saying. Sometimes, neither of these is present but God in his sovereignty permits certain situations to happen. This is a very important issue for the Christian patient. Faith is solely based on what God has said, not what the person thinks or wants. The pertinent questions are how many Christians are willing to spend the time and exercise the discipline required to hear from God concerning their situation (sickness) and how many more are willing to continue to believe despite worsening circumstances? These are the questions the Christian patient must answer before dashing off from the clinician’s office.   Read Part II here
Ifeoluwapo Odedere
©2011

Healing: The Dilemma of the Christian Patient (Part 2)