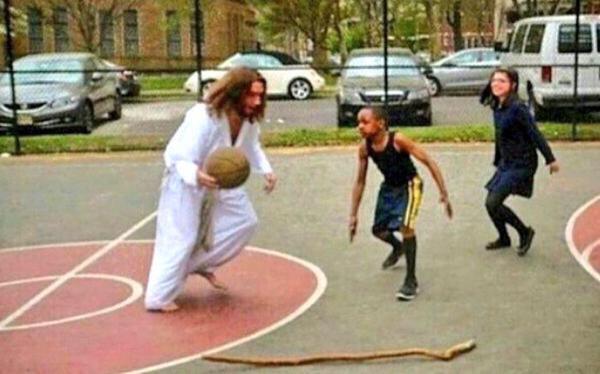 "Next time, you will enter my courts with praise" - via Twitter

Is Jesus a Footballer?

Why do Christians clap for Jesus? Is he a footballer?

This was the question a Pathology lecturer at the University of Lagos, College of Medicine posed his students during one of his classes. Everyone including me laughed at the question. But the question sparked some form of curiosity within me. That was in 2008.

Fast forward to 2015 and I find myself pondering the same question: Is Jesus a Footballer? Obviously, Jesus isn’t a footballer. But the question deserves some attention considering the circumstances that triggered it. When the lecturer asked that question, I suppose as a catholic, he felt that clapping was a social activity and should not be mixed with spiritual activities. But think about it a little, what does it mean when someone mounts the podium after a drama performance or a song ministration and says let’s put our hands together for Jesus? Is the person saying that we should thank God for the performance or it’s just one of those clichés that are supposed to break the ice between the speaker and the audience?

Before you label me heretic, let’s consider another commonly used church phrase: Praise the lord.

And if you still think I’m just kicking unnecessary dust, consider a very commonplace scenario where someone picks up the microphone in, say, a business gathering and says ‘praise the…’ before getting a hold of herself. I’ve witnessed this on many occasions and I’ve had many people tell me of such incidences. Like it or not, some phrases have become sentence fillers and have lost their impact and significance. And that is why you have people like the professor asking if Jesus is a footballer.

I doubt this article will do much to influence the tradition of churches but I think it’s worth mentioning anyway and hopefully some of us will begin to reflect on better ways we can use such Christian lingo. Isn’t it funny that we are quick to remind ourselves not to call God’s name in vain but are mindless about the use of such phrases like praise the Lord and let’s clap for Jesus? But then again, my opinion probably doesn’t count.