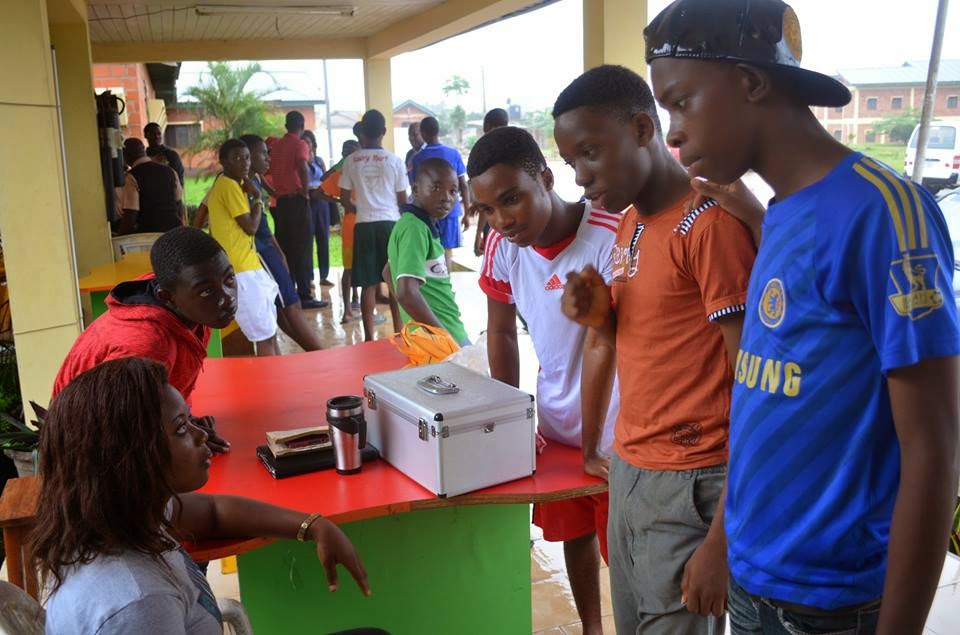 The Event That Changed My Thinking

This story was inspired by my volunteering experience at a teenage camp two months ago. I decided to share it because I believe it will help someone realize that (s)he is more than (s)he knows or has ever been taught. I hope that person is you.

The six of us sat in silence. We were all thinking the same thing – should the teenagers be made to do an actual task or do the usual PowerPoint presentation? It was the third day of the annual camp meeting of the HOPE Foundation, where 250 teenagers (we call them leaders) from various secondary schools were brought together and taught leadership values and other soft skills needed in the emerging crop of young leaders.
As was the custom, different teams of teenagers were required to brainstorm on a social issue and present their proposed solution on the seventh day of the summer camp.  That would have been the case this year except that Femi had a brain wave – that the teenagers solve a real problem instead of a fictitious one.

***
It had been almost two hours since he first brought up the idea – which we all thought was really wonderful. The task was simple (or not so simple):  Ask the teenagers to generate funds for their favorite charity by solving an immediate problem.  I for one, with my background in Medicine where practicality transcends theory, was all in for the idea of doing instead of talking. However, we faced two obstacles: the feasibility of the idea and the capabilities of the teenagers. To better understand the challenge we faced, imagine trying to create value and generate funds in a camp cited in the walls of faraway Bells Secondary School, Ota, whose students had gone on break and whose surroundings was sparsely populated (as is typical of most boarding schools). The implication was that there were few people available to serve as a market for any problem-solving idea the teenagers might come up with (if they came up with any at all).

“We have to make a decision today if this activity is to hold on Friday”, Tobi spoke, bringing us all out of our separate trances. There was another five to ten minutes of debate before we finally decided to go with the ‘untested’ idea. One factor that was crucial to arriving at that decision was the fact that earlier that afternoon, one of the HOPE speakers had told the teenagers that they could accomplish anything if they believe and put their hearts to it. What better way to help them realize the import of that teaching than by giving them a challenging task. Moreover, we would not be ‘living by example’ if we the ‘preachers’ allowed the seeming impossibility of this task to limit our thinking.

The next day, a Tuesday afternoon, I packed my bags and left camp. I had to prepare for work the following day.  I was billed to return on Saturday. All through the week, thoughts of the problem solving activity filled my mind – would the teenagers be able to pull it off? Even if they came up with ideas, how would they generate money in such an environment where the possibility of a market for their ideas was uncertain? Would it be a flop, like we feared? Since I had no forecasting powers, I could only wait till Saturday.

Saturday came and I headed off to camp. It wasn’t till evening that I saw Tobi. The words flew out of my mouth before I could stop them. “How did it go?” He smiled then replied “It went well.” But I wasn’t satisfied with pat answers, so I pressed further. “How well?” expecting a casual ‘they tried’ response. “Those guys came up with ideas beyond our expectations. What they came up with in such a limited space of time is mind-numbing. One team even made Ten Thousand Naira at the end of the day.” I was shocked. Ten thousand! Here I was thinking they’d barely raise five hundred naira and we’d have to pat them on the shoulder with a ‘well done, better luck in the real world’ consolation.  A team had come up with an idea to make punch, which they sold to everyone on the compound. Another team had designed lamp holders out of coconut (a very aesthetic invention, I must say).
Those teenagers had literally taken the ‘believe you can do it’ message and

transformed it into tangible substance. That point for me was a moment of truth: never limit anyone. It doesn’t matter the age or experience of the individual, once(s)he has set out to do something, chances are that (s)he will succeed as long as the enabling environment is provided in the form of resources, encouragement and support. I wondered how much our society has lost out on by simply telling our children that they are too young. Those teenagers may not have realized it but by the success of their actions, they had taught us, their teachers, something that will stick for a lifetime: anything is possible!

Why Holidays Could Be Bad For You