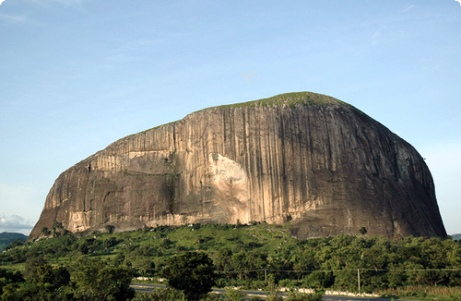 Who Will God Inform First?

This post borders on an issue on which few people find common ground – governance and politics. I’ve decided to write about it all the same with the intention of sharing an unconventional point of view on what hierarchy means and its implications for the citizens of any country. I do hope you enjoy the read.

“The first thing I want you to do is pray. Pray every way you know how, for everyone you know. Pray especially for rulers and their governments to rule well so we can be quietly about our business of living simply, in humble contemplation. This is the way our Savior God wants us to live.”
– 1Timothy 2 vs 1-3

My opening quote (or verse, depending on how you see it) isn’t exactly what change agents and struggling citizens love to hear. In a country where there is no shortage of curses on government officials, political offices and even the

country itself, it would seem absurd to refer people to the above verse of scripture as a guideline for daily living. After all, if you have a bad leader, it is only appropriate that God’s blessing and peace be withdrawn from him/her and what better way to do that than by issuing a well-deserved curse. If you reason along these lines, you’re in for a shocker.


The first thing you ought to realize is that God respects hierarchy – whether elected, selected or imposed. And if he has anything he would like to do for a country, institution or family, he will usually communicate it with the head. There are numerous examples to support this premise and I’ll highlight some below.When it was time for the Israelites to leave Egypt, God sent Moses to tell Pharaoh to ‘let his people go’. God did not tell Moses to stretch his rod and kill the King of Egypt or destroy the military infrastructure even though he could easily have done that. What God in essence did was get Moses to secure the ‘permission’ of the king in ensuring the release of his people. God did not go behind Pharaoh to organize a mutiny. Even at the end of the ten plagues, it was Pharaoh who eventually, though unwillingly, gave the order for Israelites to leave.My second example is quite well known. When the whole world was to experience a severe famine, God gave Pharaoh the dream that was to warn Egypt and help her prepare for her preservation as well as that of the whole world. You may say Joseph’s accurate interpretation of the dream saved the day but the truth is that God didn’t give the dream to Joseph. Even after Joseph accurately interpreted the dream, it was up to Pharaoh and his officials to believe him and sanction the plan that he proposed for saving the world.

What implications do these lessons (or findings) hold for us? It’s simple: the citizens of any nation (Nigeria in particular) should realize that if God is going to solve a country’s problems, He would most likely do it through the leader(s) of the country – either directly or indirectly. This is why we should pray for our leaders as Paul advised in Timothy.

After reading these, you still may be convinced that my speech has been a waste of internet space and time, but consider this: If the ‘bad’ leader makes a wrong decision and your country goes to war or deteriorates into a civil war, all your entire five-year plans and lifetime dreams would take flight and become irrelevant as you switch to survival mode. My point: a leader’s decision can change the course of your life forever. Why not pray for him/her?

N.B. Still need a more convincing example of the power of a leader’s decisions? Let Adolf Hitler tell you a thing about World War Two.

> If you aren’t already subscribed to this blog, you can do so now. Click here to subscribe and get to know when the next post is out.

When It’s Time To Switch Gears