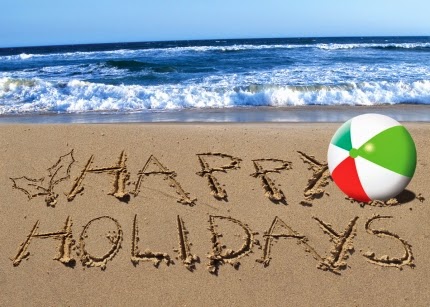 Why Holidays Could Be Bad For You

0
It’s another holiday season in Nigeria and this particular one is perhaps one of the longest holiday spells of the year. The fact that you don’t have to go to work (or school) for four days in a row is something of a Nigerian dream (Yes we’re lazy like that).Nevertheless, what should be a source of replenishment and refreshing might, in hindsight, turn out to be a setback in some ways.

Caroline L. Arnold, while speaking at the Platform, mentioned that most New Year resolutions don’t make it beyond the month of March. Last year, I read of how researchers found out that students almost always performed badly after summer holidays due to the fact that long holidays resulted in an extended break from academic activities and caused the students to lose all the progress gained during the academic term. Therefore, the teachers literally had to start from the beginning when these students resumed. (You can read about the summer reading loss here) The explanation that best accounts for this phenomenon is best summed up in this statement – the moment you stop doing an activity, the Law of Disusekicks in.

Back to how holidays may be bad for you. If you’re like most people, you’ve probably decided at the beginning of the year (or mid-year) to donate a couple of kilograms in body fat to charity, a goal you’ve worked towards with a considerable success. Then comes the much needed public holiday coupled with a religious festival and all hell breaks loose. Here’s how it happens: first, you convince yourself that this holiday is the time to catch your breath and rest from the merciless routine you have subjected yourself to. After all, it’s only a few days. Before you know it, binging starts – you’ve consumed three days worth of calories in one meal. But not to worry, you’ll burn out all the excess calories during an intensive workout session (which somehow never materializes). Then you repeat the same process in the next meal and the next until you have enough calories in you to power all the generators in your village. The same is true for other activities – reading, waking & sleep times, working out, learning a vocation etc.

The problem is not with indulging itself as much as it is with the difficulty in returning back to the routine that existed prior to the holiday. Like the foundational blocks of a building, indulgence sets precedence for a whole new set of actions which when repeated serve to reinforce newly forming habits, which in most cases are contrary to the goals we’re trying to accomplish. And if care isn’t taken there is a high probability of slipping back into the ‘old ways’. A quick look through your calendar and you’ll discover that the first set of holidays usually begin sometime in March/April. You will see then why only resolutions make it past the first quarter.

It’s true that no one is perfect but perfection itself is a continuous journey and to remain on that journey, every action must reinforce the previous one, not detract from it or reinforce an opposing habit. As we will find out in my next post Six Packs and the Law of Atrophy (clickhere to know when it’s out), continuous practice is the key to sustaining anything.

Am I advocating for 365 days of work without break? Certainly not! Half the working population would probably migrate to neighboring countries if that happened. The point is this: take a break from work whenever the opportunity arises but don’t take a break from the actions that reinforce the positive habits you’re trying to cultivate.

The Event That Changed My Thinking